Quite a while ago, I applied to host Flight Radar 24s receiver at my place near Melbourne Airport, Australia (YMML). It started off with the ID F-YMML1 (being the first in Victoria), but a faulty unit saw the handle change to F-YMML4. With it, there was a massive boost in ASD-B reporting for Victoria - being the first receiver that could pick up aircraft on the ground and at the gate at YMML.

I always knew the coverage was fairly wide spread, but never really visualised it - until today. From my location, it covers high flight levels almost as far as Tasmania, and as north as the NSW border. In the attached screenshot, this plot shows all aircraft received by F-YMML4 in red. The normal FR24 feed shows in other colours. Rather good for a tiny receiver box. 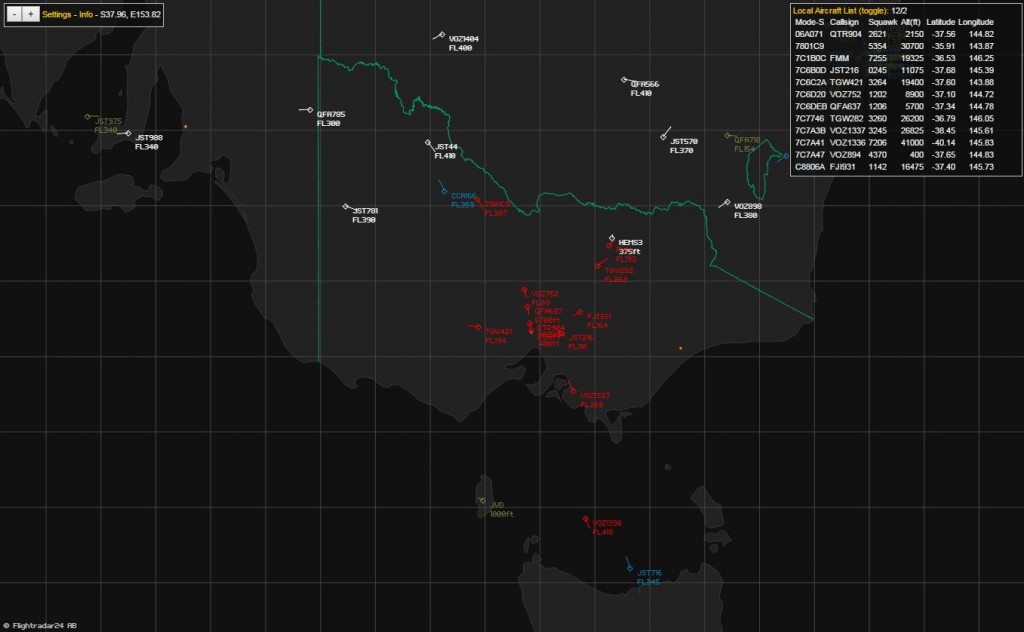